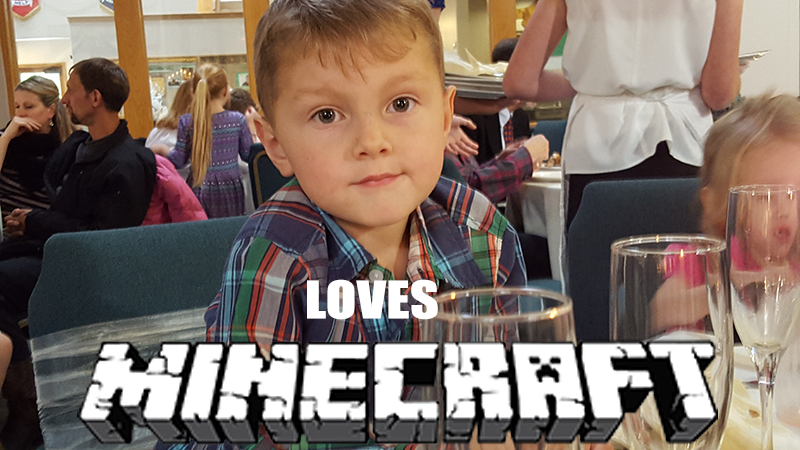 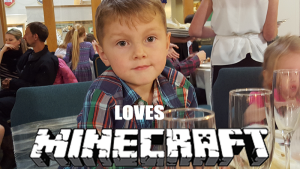 Yesterday I attended a wedding and enjoyed sitting with relatives. What was striking about the event wasn’t so much the beautiful ceremony, but the 4-year old who talked my ear off FOR OVER TWO HOURS about one thing: MINECRAFT!  IT WAS AWESOME!! (see little Levi’s picture at left)

Every little youngster in our family is hooked on the “digital lego” game, so it wasn’t entirely a surprise to me when Microsoft bought Minecraft’s parent company, Sweden-based Mojan, for $2.5 Billion last year.

However, I was blown away when I saw that Microsoft had reprogrammed it from the “ground up” around their new augmented reality system: Hololens.

I’ve been fortunate (pre-purchase by Facebook for $2B;  Read: Why Facebook Bought Oculus Rift) to test beta versions of the impressive Oculus Rift (see our first virtual reality experience here) but, Hololens looks SUPER AMAZING.
[See my other video on Hololens –– I’m still trying to get my hands on one…developer kits don’t come out until 2016…stay tuned!]

Watch the video above to see how impressive the immersive world’s of Minecraft are now in virtual reality with Hololens.

And then consider the concluding paragraph from Business Insider on WHY Microsoft bought Minecraft:

There’s one other reason for Microsoft to buy Minecraft that not many people are talking about. It is growing in popularity in the education space. Teachers are using it with their students and there is a dedicated group to focusing on education.

As that grows, it gives Microsoft access to a young demographic

Business Insider: Here’s Why Microsoft is Paying $2.5 Billion For Minecraft