A simple search of the terms Education is Useless, pulls-up over 74 MILLION returns, making the topic one for investigation.

Here are a couple that should give one pause to reflect…..be sure to read to the end. 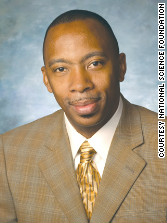 As a mechanical engineer with a Ph.D., a motivational STEM speaker and a former college professor, you’d probably be surprised to hear that I think education is useless.

In America, the education system has moved away from developing citizens to serve their fellow man to the unadulterated pursuit of standardized success at any cost. Mixed in with a sea of social change and celebrity obsession, somehow we’ve all lost sight of the goal of education: creating passionate students who are employable, teachable and adaptable in a dynamic world. Students are turned off for a number of reasons right now.

To get back on track, we must recognize that education is useless if students aren’t thirsty for it!

I’ll always remember this lesson that my grandma and grandpa taught me when I was a young kid. I was trying to force a pig to eat the slop I had prepared for him, when my uneducated but wise grandmother stated the truism, “Baby, you can lead a horse to water, but you can’t make him drink!”

Much like the pig, today’s students don’t want the education we have prepared. They either aren’t hungry or they’ve gotten their fill from somewhere else. In response to my grandma, my grandpa yelled back, “Yeah, you can’t make him drink, but you sure can get him thirsty!”

We can bring students their education and put it on a silver platter right in front of them, but if they don’t want it, they’re not going to eat it. How can we make our students crave it? How can we get them motivated and passionate about learning again? The key is to get back to basics and remember what education is really about.

Education affords people the ability to develop and expand their personal and collective capacities. It not only gives them skills, it helps increase their sense of “somebodiness” and purpose. Only when we bring purpose and service back to education, coupled with utility and training, will we win back the hearts and souls of America’s students.

Now, it’s not going to be that easy. “The Silent Epidemic,” a 2006 study funded by the Bill and Melinda Gates Foundation, found that annually, nearly one-third of all public high school students fail to graduate with their class. Nearly one-half of all blacks, Hispanics and Native Americans are flunking out too. In simple terms, the present-day education system is failing the very people it’s supposed to serve: the students.

One of the biggest issues is that our children are growing up in a culture where their passions are advertised and sold to them – there’s no room for them to grow on their own terms. They are more motivated to become the next American Idol, contestant on “Dancing With the Stars” or hip-hop mogul than to become leaders of the free world or create the next Internet. What else can explain the fact that President Barack Obama and Kim Kardashian have the same number of Twitter followers?

What we need to understand is that students have motivation right now, they are just motivated by the wrong things, superficial things that do not require nor promote the education needed to succeed in the 21st century and only make them “feel good.” And so education is rendered useless. As teachers, parents, motivators and concerned citizens, we must shift our strategy to combat this problem and make our students thirsty!

Rather than starting with lesson plans that attempt to go right to the brain, teachers need to grab student’s attention and win their hearts first.

Show them the amazing lifestyle they can earn by becoming a contributing member of the knowledge economy. Put new role models in front of them – people they should look up to, follow on Twitter and “like” on Facebook.

Help them develop the ability to achieve whatever career they want, whether that is as a doctor, lawyer, engineer or teacher. Remind them every day that when you, “put something in your head, no one can take that from you.”

In the end, it’s up to us to reignite and resuscitate America’s students. Service and self-agency are the essence of motivation in education. When they return, so will our students.

The opinions expressed in this (original) CNN commentary are solely those of Calvin Mackie.

Calvin Mackie is an author, speaker, former engineering professor and technology entrepreneur. He graduated from high school with low SAT scores that required him to take special remedial classes before he was admitted to Morehouse College. He has since earned a Ph.D. in mechanical engineering, received the Presidential Award for Excellence in Science, Mathematics and Engineering Mentoring, and inspired thousands of students and educators across the country. 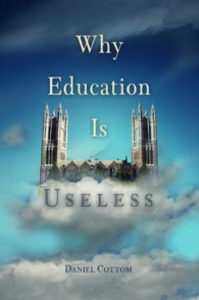 Intellectual rhymes with ineffectual, and rightly so, many would say. The uselessness of education is a perdurable theme in Western cultural history—-one so influential, in fact, that any respect we might have for highly educated people is likely to retreat before our suspicion of them.

Education is useless because it destroys our common sense, because it isolates us from the rest of humanity, because it hardens our hearts and swells our heads. Bookish persons have long been subjects of suspicion and contempt and nowhere more so, perhaps, than in the United States during the past twenty years.

Critics of education point to the Nazism of Martin Heidegger, for example, to assert the inhumanity of highly learned people; they contend that an oppressive form of identity politics has taken over the academy and complain that the art world has been overrun by culturally privileged elitists. There are always, it seems, far more reasons to disparage the ivory tower than to honor it. The uselessness of education, particularly in the humanities, is a pervasive theme in Western cultural history.

The immemorial theme of the uselessness of education is so pervasive that we find it voiced by the most disparate people imaginable. A Chinese emperor of the third century B.C., Qin Shi Huang, is said to have buried intellectuals alive; and as we can learn from Richard Hofstadter’s classic study, Anti-Intellectualism in American Life (1963), the impulse certainly did not die with him. “It is evident that to read too many books is harmful,” said Mao Tse-Tung.

With wit and precision, Why Education Is Useless engages those who attack learning by focusing on topics such as the nature of humanity, love, beauty, and identity as well as academic scandals, identity politics, multiculturalism, and the corporatization of academe. Asserting that hostility toward education cannot be dismissed as the reaction of barbarians, fools, and nihilists, Daniel Cottom brings a fresh perspective to all these topics while still making the debates about them comprehensible to those who are not academic insiders.

A brilliant and provocative work of cultural argument and analysis, Why Education Is Useless brings in materials from literature, philosophy, art, film, and other fields and proceeds from the assumption that hostility to education is an extremely complex phenomenon, both historically and in contemporary American life. According to Cottom, we must understand the perdurable appeal of this antagonism if we are to have any chance of recognizing its manifestations—and countering them.

Students have lost the ability to do anything practical. The only thing we’ve mastered is consumption

And finally to bring us back full circle (you didn’t get mad and leave?):

The Importance of Being Useless

The tide of instrumentalism threatens to engulf the UK’s higher education sector, but could a new wave of liberal arts programmes signal a return to the ancient ideal of learning for its own sake? Nigel Tubbs hopes so!