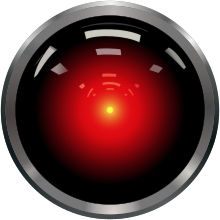 “Robotics and AI have become one of the most prominent technological trends of our century.
The fast increase of their use and development brings new and difficult challenges to our society”, writes Delvaux. Therefore, the reasoning goes, “robots and artificial intelligence (AI) would increase their interaction with humans”, raising “legal and ethical issues which require a prompt intervention at EU level”.

I’m Afraid I Can’t Do That*

While it is a non-binding document, these rules could be adopted by the EU this month.

IF you’re not familiar with where the title of the article comes from, you MUST watch the historical scene (2:11 min)  from the ground-breaking 1968 movie 2001.
The movie is partially based on Arthur C. Clarke’s short story The Sentinal, first published in a fantasy magazine (1951).

In the clip, astronaut Dave argues with HAL9000 AI:

The Three Laws of Robotics (often shortened to The Three Laws or known as Asimov’s Laws) are a set of rules devised by the science fiction author Isaac Asimov involving artificial intelligence and explained by him in the archived video below.

The rules were first introduced in his 1942 short story “Runaround“, although they had been foreshadowed in a few earlier stories. The Three Laws, quoted as being from the “Handbook of Robotics, 56th Edition, 2058 A.D.”, are: