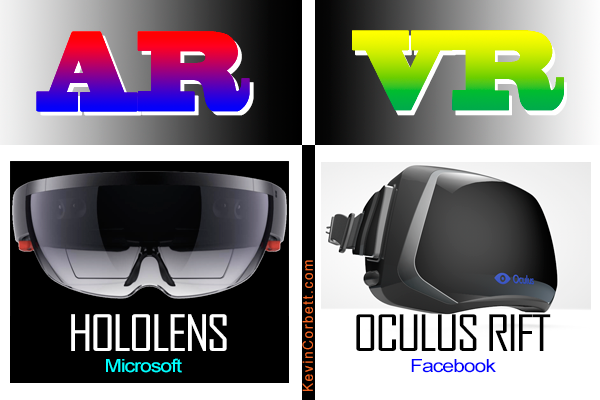 What is Augmented Reality

An example is Microsoft’s Hololens

What is Virtual Reality

Virtual reality is all about the creation of a virtual world that users can interact with. This virtual world should be designed in such a way that users would find it difficult to tell the difference from what is real and what is not. Furthermore, Virtual Reality (VR) is usually achieved by the wearing of a VR helmet or goggles similar to the Oculus Rift.

Both virtual reality and augmented reality are similar in the goal of immersing the user, though both systems to this in different ways. With AR, users continue to be in touch with the real world while interacting with virtual objects around them. With VR, the user is isolated from the real world while immersed in a world that is completely fabricated. As it stands, VR might work better for video games and social networking in a virtual environment, such as Second Life, or even PlayStation Home.

Source:
TechTimes.com – Augmented Reality vs. Virtual Reality: What are the differences and similarities?
http://www.techtimes.com/articles/5078/20140406/augmented-reality-vs-virtual-reality-what-are-the-differences-and-similarities.htm