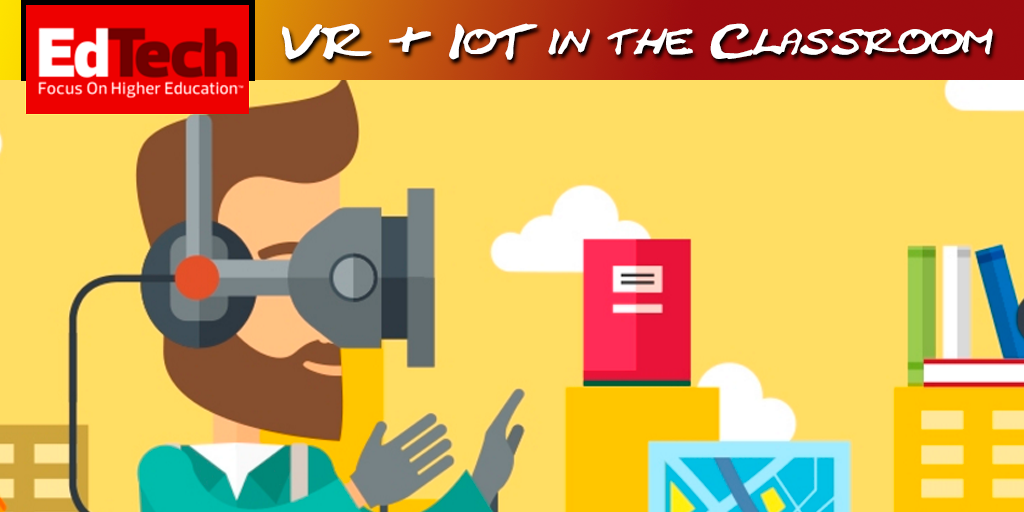 From medicine to science and engineering, VR and related technologies could soon change teaching and learning.

Virtual Reality and the IoT Can Fuel a Connected, Gesture-Driven ClassroomTweet Quote

I think Mr. Walter’s November 2nd article in EdTech HigherEd,  is forward thinking in his recent observation about the the increased use of Virtual Reality in Higher Education and it’s connection to the Internet of Things— a natural progression for research universities in all subject domains (and most definitely not going to be found in an under-classman’s large lecture hall).

One aspect of the article I don’t believe can be emphasized enough is Google’s involvement. He writes:

“Google is accelerating the march forward toward a more gesture-fueled Internet of Things. The company unveiled projects this year that incorporate not only virtual reality, but also a technology called augmented reality: a view of the real-world environment that is supplemented by computer-generated sounds, video and graphics.

Google’s major movement into the space, Project Tango, allows tablets, robots and other devices to use spatial and dimensional understanding of their environments. For example, one could use a tablet to scan a room and create a 3D map of the space, which could then be used by an architect or designer for space planning.”

From medicine to science and engineering, VR and related technologies could soon change teaching and learning.Tweet Quote

See a Previous Post on the Internet of Things (iot)