BYOD: Bring Your Own Device

In the rush to acquire the latest and greatest cell phone, what do you do with your old technology items?

In 2009, it was estimated that 5 MILLION cell phones are thrown away each year (source). While there are many opportunities to put your old cell phones to good use (example), how about donating your old cell phones, lap tops, calculators, e-readers, chargers and more to your local school, or a teacher who could use them in their classroom?

OnlineColleges.net has developed a nice infographic and list of items your BYOD school could use. With the holiday gift giving fast approaching and a record number of technology purchases being estimated, consider putting your old stuff to good use and support your local school in their BYOD efforts! 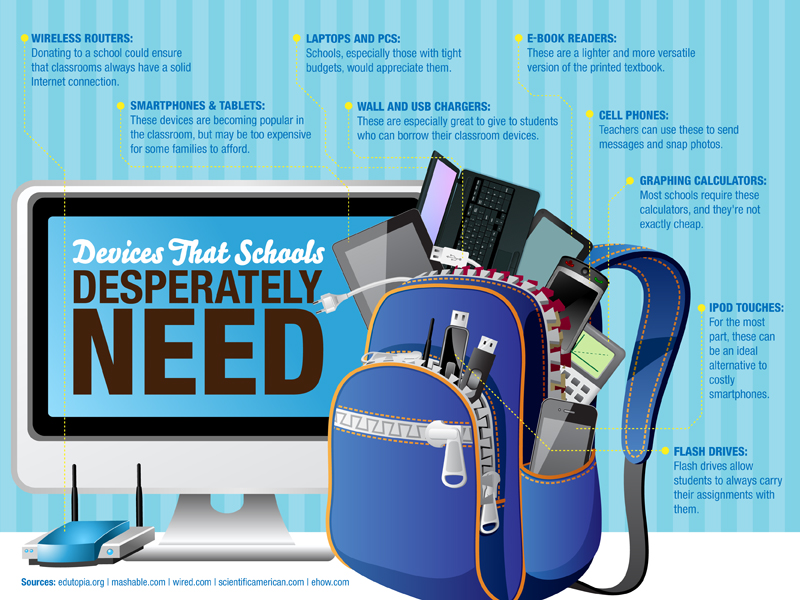 1 thought on “BYOD and Devices Schools Can Use (INFOGRAPHIC) @Kevin_Corbett”